In Shakespeare’s play, Julius Caesar, the character Mark Antony pleads, “Let me have men about me that are fat…” Seventeenth-century thought was that portly bon vivants were not particularly interested in political maneuvering and so were less of a threat. There was not much science about obesity in that era, but it seems Shakespeare had at least an inkling it might be related to optimal brain function. Indeed, Mark Antony continues, “Cassius has a lean and hungry look; He thinks too much.” 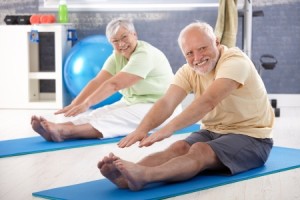 In July 2014, the Lancet Neurology website published research findings from a team of UK and US scientists that reveal a strong correlation between certain lifestyle factors and lack of clear thinking, specifically in Alzheimer’s disease. The factors are diabetes, midlife hypertension, midlife obesity, physical inactivity, depression, smoking and low educational attainment. Findings show that successfully addressing all those factors would reduce a population’s incidence of the disease by a third.

Researchers in Cambridge and San Francisco, led by Dr. Carol Brayne professor of Public Health at Cambridge University, pointed out that lowering the number of Alzheimer’s sufferers in the population won’t happen quickly. Their target year is 2050 for population-wide 33 percent reduction, but as individuals, we can improve our chances of avoiding the disease by addressing the relevant factors as soon as possible.

Exciting new discoveries show we may have found a way to reverse Alzheimer’s disease, but why not stop it before it starts? You’ll also be doing your overall health a favor, because the same risks also apply to other illnesses. For example, regular exercise helps reduce high blood pressure as well as obesity, depression and diabetes.

In the United States, lack of exercise is the number one problem, contributing to 21 percent of preventable cases of Alzheimer’s disease. It’s never too late to start exercising. Older people who are healthy but sedentary and begin exercise programs show improvements in their thinking skills. A qualified assisted living facility should offer regular moderate exercise programs.

Depression has the second biggest impact on Alzheimer’s cases in the U.S., accounting for 15 percent of cases. Getting good medical treatment may improve cognitive function for some, and might encourage more social interaction. Depressed people tend to be socially withdrawn, and mingling with others has been shown to lower the risk of Alzheimer’s among seniors. This is a critical reason for an assisted living situation, where interaction is not just necessary, but easy and enjoyable.

It seems incredible that anybody smokes, with all we know about the health dangers, but smoking accounts for 11 percent of the incidence of Alzheimer’s. It may not be easy to completely quit after decades of smoking, but cutting way down will increase your chances of mental and physical health.

Many studies suggest a link between heart and brain health. Midlife hypertension accounts for 8 percent of Alzheimer’s and other forms of dementia. Once again, exercise will be a big help here. In old age, ironically, low blood pressure has been linked to increased Alzheimer’s risk.

We can thank midlife obesity for 7 percent of the incidences, although in old age it’s once again just the reverse: low body weight is associated with increased risk. 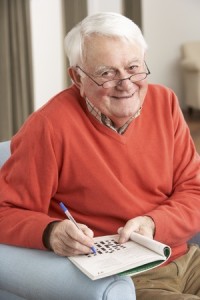 Those with low education, specifically not having finished secondary school, account for 7 percent, but a college grad is no guarantee. You need to keep exercising your brain cells by regularly establishing new neural pathways. Crossword puzzles, learning a new language or musical instrument, even taking a new route or learning a new computer program may help lower Alzheimer’s risk by enhancing connections between brain cells and building up so-called brain reserve. When you have a reserve, your brain can replace some of those destroyed by Alzheimer’s, and delay the onset of symptoms. A good assisted living community will offer brain-enhancing programs.

Diabetes, as hazardous as it is to physical health, is also responsible for 3 percent of Alzheimer’s incidences. Diabetes is easier to prevent than cure, so start now with diet modifications and exercise, and get your blood checked regularly to be sure your sugar and insulin levels are under control. A qualified assisted living kitchen can offer dietary supervision and should control risk factors for all residents.

Alzheimer’s is not entirely preventable, but these simple preventive actions can reduce your risk, support your health and probably contribute to your longevity.