Alzheimer’s disease is affecting a large number of people in the world and is considered the most common form of dementia that occurs at a progressive state. In such circumstances, it is becoming increasingly important to find causes and preventive mechanisms of the disease in order to improve the huge number of affected people and the people who may be affected in the future. Recent studies have identified a relationship between sleep and Alzheimer’s disease and points towards the fact that lack of sleep can have a significant risk factor of developing the disease in the future. 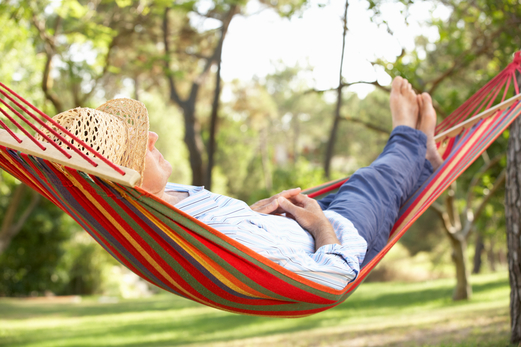 As a modern assisted living community in Los Angeles, a well designed and thoughtful memory care program is an important component of many resident’s care programs.

Memory consolidation requires sleep. In fact, sleep is an essential part for the development and functionality of the brain. Even though problems in sleep are being observed among Alzheimer patients, they were not considered to be causative until recently when multiple studies identified a correlation between the developments of Alzheimer’s disease and disturbances in sleep. According to these studies, sleep defects are not only occur because of Alzheimer’s but are identified to be what occurs prior to the disease and what may lead up to the development of Alzheimer’s itself. However, there is a positive aspect to this which is sleep problems can be remedied before diagnosis of Alzheimer’s and this might be beneficial in prevention of the disease.

Twenty five to forty percent of Alzheimer’s patients experience disturbances in their sleep during mild and moderate stages of the disease. This disturbances of sleep may indicate an ongoing neurodegenartion in many individuals and can be predictions of future occurrences of Alzheimer’s. A history of disturbances in sleep well before the onset of cognitive symptoms may be signs of potential risks of the disease. A distinguishing feature of Alzheimer’s disease is the formation of amyloid plaques. This formation occurs outside cells in the form of amyloid-β peptide. From a number of human and animal studies, it has been identified that these formations can cause fragmentations of sleep and disrupt the regular sleep wake cycles. More recent studies suggest that disruptions in the sleep wake cycle itself can cause origination and the progression of Alzheimer’s disease. These results have also been established from results obtained by animal and human studies. Extensive sleep deprivation may result in an increase in the deposition of amyloid plaques.

Considering these new findings, introducing better sleep management techniques and interventions that can help people suffering from insufficient sleep and sleep related disorders have better and appropriate amounts of sleep can significantly reduce the risks of them being diagnosed of Alzheimer’s disease in the future. Simple steps such as limiting screen time near bed time and cutting down on the use of caffeine can also help in addition to providing sleep therapy and other methods for much elevated cases of sleep deprivation.

If you’re exploring assisted living communities in Los Angeles with memory care programs, please consider arranging a tour of Melrose Gardens. You can browse the details of our care programs or review our activities calendars.